When Public Structures Cause Injury, Who is to Blame?

While it is unclear if there was legal fault in the accident on the bridge, it is useful to understand a victim’s responsibilities in the case that he or she did decide to bring a lawsuit against a city. 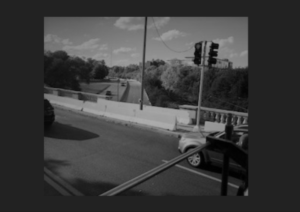 What Duty Does a City Owe to Keep Public Structures Safe?

Most people would not expect a public structure to be dangerous to the point of injuring a random passerby, but accidents can happen. When a person is suddenly hurt because of problems with a building or structure, who is to blame?  Some accidents might be truly without fault, but others are preventable.

For example, consider the recent incident of the deadly traffic accident on Forest Park Parkway in St. Louis. The accident was caused when a woman who had lost control on an overpass of the Parkway struck a retaining wall crossing the bridge. A 1-ton section of the concrete wall came loose and fell onto a car passing below. Unfortunately, the woman driving on the road below the bridge was killed instantly when the concrete landed on her car.

The bridge in this incident (pictured above) was found “structurally deficient” in a recent Missouri Department of Transportation inspection report. The overall rating of the bridge was found to meet only the bare minimum standard necessary to keep functioning, and even then only with continuing monitoring and inspections.

What Steps Are Required to Sue a City For Damages?

While it is unclear if there was legal fault in the accident on the bridge, it is useful to understand a victim’s responsibilities in the case that he or she did decide to bring a lawsuit against a city. Under Missouri law, any city over 100,000 citizens requires that an injured person notify the mayor within 90 days of an incident.  This notice also has a series of requirements, such as naming the place and time of the injury and the type of damage or injury that occurred.

To further complicate any recovery regarding an accident involving an unsafe roadway or bridge, in many cases the city has broad sovereign immunity—or a protection from being sued for harms. For example, the victim would need to be able to show that the city knew about the dangerous condition of the structure. Someone harmed by this danger would also need to prove that the type of harm or injury that occurred was reasonably foreseeable (or probable), given the dangerous condition. Given that the city’s spokesperson and police have called this bridge incident a “freak accident,” it seems likely that the city spokesperson felt it was not a reasonable thing to expect to happen on this bridge.

While complex, cases like these can be won with good legal representation. Gallagher Davis successfully represented a client against the Missouri Highway Transportation Commission where dangerous road conditions lead to a terrible accident. In 2017, Tim Gallagher won a case for his client who was severely injured in in accident where a snow plow had created a ramp-like effect on a high overpass curve, which sent his car sailing onto the ground below. Although this case also involved difficult statutory issues like sovereign immunity, Mr. Gallagher was able to hold the government accountable for the dangerous conditions through skill and perseverance.