Tim has earned a reputation as a dedicated, compassionate advocate and a creative thinker. Most clients are referred to Tim by other attorneys. 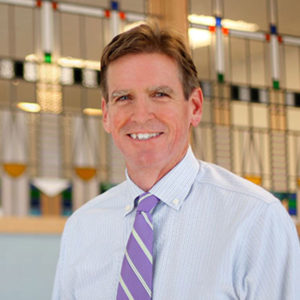 Timothy J. Gallagher has 30+ years’ experience as a Trial Lawyer. For the last 20+ years Tim has focused his practice on representing people who have suffered injuries from car crashes, medical malpractice and products liability.  Tim has also developed a practice of helping people and other lawyers investigate and litigate insurance coverage issues.

Tim began practicing law in St. Louis in 1988, with Amelung, Wulff & Willenbrock an established Insurance Defense firm where he had the opportunity to learn from highly respected personal injury defense lawyers. Early in his career Tim gained valuable trial and appellate experience which included being on the losing side of the largest personal injury verdict in the history of St. Charles County and winning a case in the Missouri Supreme Court.

In 1996 Tim “switched sides” and began representing plaintiffs in personal injury cases.  That career move happened after a jury trial in 1995 with a well-regarded plaintiffs firm.   It was a fair trial without any antics.  The opposing lawyer was impressed by Tim’s skills and professionalism, so after that trial that firm recruited Tim to come work for them.

In addition to jury trials, Tim has argued appeals before the Missouri Court of Appeals and the Missouri Supreme Court. He has won some cases and lost some cases. But most importantly, Tim has worked to help hundreds of people through difficult times in their lives.

Tim has earned a reputation as a dedicated, compassionate advocate and a creative thinker. Most clients are referred to Tim by other attorneys. Tim believes that one of the highest compliments he can receive is when a lawyer that has been on the opposite side of a case with him refers an injured friend or family member to him.

In addition to his practice of law, Tim served his community as an elected member of the City Council of Richmond Heights, Missouri from 2002 to 2010. He is an active member of Little Flower Parish in Richmond Heights where he served on the School Board from 1999 to 2002. He was a volunteer CYC coach for his children’s sports teams, when they were in grade school from 1996 to 2011, then a CYC soccer referee.  Tim is an avid runner who runs with the Big River Training Team most Sunday mornings.

My last one: David and Melissa Grimes v. Zachary Mangin in Jefferson County in September, 2011.

Where I went to High School

Worst moment in a courtroom

November 1995. Reinfeld v. Phi Sigma Kappa. St. Charles County Circuit Court. In the second part of a bifurcated trial arguing to the jury the amount of punitive damages after the jury had already decided to assess punitive damages to punish my clients who were members of a local fraternity.