Matt has been consistently recognized by Super Lawyers as a rising star beginning in 2011 and received the highest rating, "AV" by Martindale Hubble, for legal abilities and ethics. 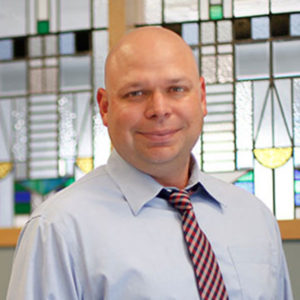 Matt started working with Tim Gallagher as a law clerk in the summer of 2005. He joined Tim as an Associate after successfully passing the Bar exam in the spring of 2006. In 2014 Matt and Tim started their own firm, Gallagher Davis, LLP.

Shortly after becoming a lawyer, Matt was part of the trial team in the Monroe v. Roedder case which was named by Missouri Lawyers Weekly as the No. 1 “Plaintiff Powerhouse” for winning the largest jury verdict in the State of Missouri in 2008 and the largest personal injury verdict in the history of Saint Louis County. The year prior he won his first ERISA case for the same client, a quadriplegic who was denied AD&D benefits by CIGNA.

He followed that up by sharing the MLW award with Tim Gallagher for the most reported plaintiff verdicts and settlements in the State of Missouri in 2013.

Before starting his legal career, Matt had ten years of corporate marketing and public relations experience. His experience in the corporate world helps Matt to see the “Big Picture” for clients.

Matt is regularly asked to speak to colleagues around the country on the topics of employee benefits, ERISA reimbursement claims and legal ethics.

Matt has volunteered in community organizations in the City of St. Louis and has worked on issues affecting neighborhood development, early childhood education, public schools and voter protection.

Property, because the conveyance hypotheticals reminded me of 8th grade Algebra which is not a fond memory

Within the first month after passing the bar I won a small claims case. I prepared as if it were going to be a weeklong trial, but it was over in about five minutes

“Equity will not suffer a wrong to be without a remedy.”

Where I went to High School

Worst part of the profession

The judicial system can be very, very slow and often the legal maxim is true that, “Justice delayed is justice denied.”