He became a lawyer to be in a court room and he works every case with the anticipation that the matter will go to trial or oral argument. 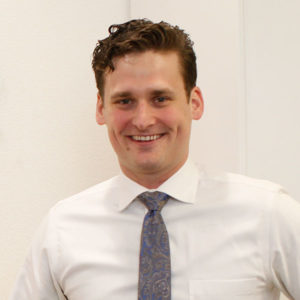 Adam J. Olszeski had his first “legal job” with Tim and Matt as a law clerk in the summer of 2012.

Adam began his practice working for insurance companies defending their insured’s in a wide range of cases, including medical malpractice, personal injury, product liability, and insurance coverage matters. While working as a defense attorney Adam had the opportunity to successfully try several cases to verdict, draft a number of appellate briefs, and argue in front of the Missouri Court of Appeals.

In February of 2019, Adam rejoined Tim and Matt as an associate. Adam’s years of experience working closely with insurance companies and insurance adjusters has a given him a good understanding of how insurance companies value claims, which allows him to quickly identify the weak points in his clients claims and how to best frame their cases.

Although his familiarity with insurance companies helps him to reach quick resolution for many his clients, Adam is first and foremost a litigator. He became a lawyer to be in a court room and he works every case with the anticipation that the matter will go to trial or oral argument.

Outside of work, Adam is the president of his neighborhood association where he actively works to maintain and improve one of St. Louis’ historical neighborhoods.

Worst moment in a courtroom

Not my case, but I was in the Courtroom when a young man was sentenced, watching him and his family interact before being taken away by the bailiff was heartbreaking. The whole interaction drove home the true responsibility that can accompany being a lawyer.

Best moment in a courtroom

The first time I heard a jury return a favorable verdict.

Worst part of the profession

Attorneys with a confrontational attitude