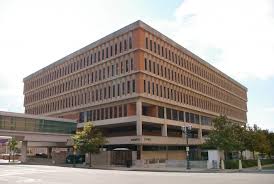 Last week I received my sample ballot in the mail from the St. Louis County Board of Election Commissioners.  Of the 23 offices listed on my ballot14 are judges.

If that’s enough for you, then stop reading.

But if you want to know more,I will addthat I am grateful to be practicing in the State that led the nation in passing a Constitutional amendment known as the Non-partisan Court Plan.  If you want more information watch this.

Unlike the judges in federal courts, who have lifetime appointments, judges in Missouri have a mandatory retirement age of 70 and are periodically on the ballot for retention.  This allows for periodic oversight from the citizens in the form of these retention votes.  Ajudgeis removed from office if she/he receives less than 50% of the votes cast.  There is no party affiliation noted on the ballot.

As a practicing lawyer, I don’t care about the party affiliation of a judge or the governor who appointed that judge to the bench.  I want a judge who is fair and able to do the job.

The Missouri Bar conducted surveys of lawyers and jurors who have participated in cases with the judge up for retention this year.  All of the judges scored high on these evaluations.  The results can be found here.

Everyone in Missouri will vote on the non-partisan retention of Judge Patricia Breckenridge on the Supreme Court and judges who are up for retention on one of the three(Eastern, Southern, Western) Courts of Appeals.  Judges in appellate courts review the decisions of trial judges when a losing party appeals the decision of a trial judge.  When it comes to evaluating appellate court judges, the lawyers were asked to evaluate whether the opinions of the appellate judges demonstrated legal ability, impartiality/fairness, and communication skills.  The scores are listed on the webpage for each judge.  Also listed are links to Appellate court opinions authored by the judges, including Judge Patricia Breckenridge’s opinion suspending two St. Louis City assistant prosecuting attorneys for their professional misconduct; Judge Kurt Odenwald’s opinion holding that a husband can’t sue his ex-wife for lying about the paternity of one of their children ; or Judge Robin Ransom’s opinion approving the use of video taped deposition testimony during closing argument of an employment  discrimination case.

If you live in St. Louis City or County, you will vote on the non-partisan retentionof trial judges, which in Missouri are called Circuit Court or Circuit Court – Associates.  The lawyers were asked to evaluate whether the trial judges were prepared, courteous, on time, and impartial.  If you want to see more, the individual scores are listed for each judge, along with links to decisions the judges have made, including Judge Nicole Zellweger in Division 31 ruling upon a custody modification in which one of the parents was involved in multiple automobile collisions due to intoxication while the child was in the car: ; Judge John F. Newsham in Division 40 finding a retired St. Louis County police officer guilty of the Class A misdemeanor of Animal abuse for shooting his neighbors Australian cattle dog named Ruger: ; or Judge Lorne Baker in Division 35 ruling on who gets possession of Bean the beagle after a boyfriend and girlfriend ended their relationship.

All of these judges in our thirdbranch of government go to work each day to do their jobs.  They rule on decisions large and small- but even the “small” decisions are important to the people involved in those cases.  The survey results show that all of the judges up for retention this yearmeet or exceed the expectations of the lawyers surveyed and should be retained.