For others facing this type of insurance denial, the lesson is to act quickly to retain competent and passionate representation to force insurers to uphold coverage terms under health care plans. 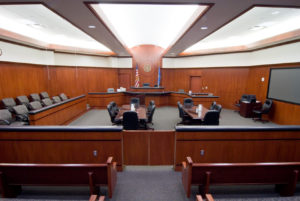 Gallagher Davis proudly represents clients who have been denied their rightful coverage under insurance and health care plans. This includes vigorously protecting clients’ rights to have mental health issues covered in a manner equivalent to how health care plans cover physical health.  Several laws require this coverage including the Mental Health Parity and Addiction Act of 2008. Unfortunately, despite these protections in the law, health insurers often deny mental heath care coverage, in particular residential treatment.  This was the situation in a case that Gallagher Davis recently won in federal court.

In August of 2016, Matthew Davis won a case for a federal employee against the United States Office of Personnel Management (OPM) under the Federal Employee Health Benefit Act (FEHBA).  The FEHBA plan was administered in part by United Health Care and its subsidiary United Behavioral Health.  This case forced the FEHBA plan to cover the expenses that a federal employee incurred to get mental health treatment for his son.  The child had been diagnosed with various issues including Reactive Attachment Disorder (RAD) and had been referred to a residential treatment center after other treatment types had not improved his aggressive and threatening behavior.  Although the residential treatment center projected that he would need inpatient care for 17 months, the FEHBA health plan approved him for only 65 days of treatment.

However, Mr. Davis brought evidence to the court showing that the patient had suicidal thoughts, continuing incidents of self harm and outbursts of aggression far beyond the 65 day covered period. These aggressive incidents were mainly a symptom of the boy’s Reactive Attachment Disorder and on multiple occasions required at least two treatment center staff persons to restrain him until he could regain calm. This disorder is a complex set of emotions and reactions that are deeply ingrained after sufferers experience trauma as small children.

The court agreed with Mr. Davis and found  that the insurance company cherry picked facts from the medical records and relied on an expert whose opinion was without merit.  Accordingly, the court recognized—through Mr. Davis’s diligent representation—that outpatient treatment would have provided basically no treatment at all in this case and that the child did need longer-term inpatient treatment to provide the structure and support to integrate new patterns of behavior to manage his Reactive Attachment Disorder.  In the end, the client won a finding that the OPM health care plan should have approved and covered his son’s treatment from the start and was responsible to pay for the residential treatment.

For others facing this type of insurance denial, the lesson is to act quickly to retain competent and passionate representation to force insurers to uphold coverage terms under health care plans. Otherwise, insurers may deny a medically necessary claim and leave those needing treatment holding a hefty bill, or worse, leave patients unable to afford the treatment that they need.