Headed to Emergency? Consult a Lawyer. 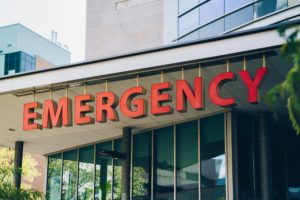 Health insurance disputes are nothing new, but recent moves by Anthem Blue Cross Blue Shield (BCBS) have been causing financial worries for their customers and concern amongst legal professionals like the attorneys at Gallagher Davis.

In the fall of 2017, Anthem moved to withdraw coverage options from the Health.gov (Obamacare) marketplace in several states, including major urban areas in St. Louis and Kansas City[1]. This left the insurer with fewer high-ticket reimbursement responsibilities in the largest Missouri cities, while the company simultaneously realized a $3.84 billion profit overall in 2017[2]. In fact, Anthem received $1.1 billion in tax incentives from the federal government last year and at the same time substantially cut back on offered insurance services.

In addition to these reductions in plan offerings, Anthem has been scaling back plan coverage in troubling ways. In the most commonly criticized change to its insurance coverage, Anthem has been denying Emergency Department (ED) bills in Missouri, Kentucky & Georgia when the company determines that treatment was not enough of an “emergency” to qualify for coverage. For example, a Kentucky woman with severe lower abdominal pain and fever went to the ED, fearing appendicitis. She was diagnosed with ovarian cysts and told to seek gynecological care. She was billed over $12,500, which Anthem initially declined because ovarian cysts did not qualify for emergency treatment. After two appeals, Anthem eventually approved the payment.[3]

Once hospitals saw these payment denials for emergency treatment, they pushed back that these post-treatment coverage denials were dangerous, because people would delay seeking treatment or not go to hospitals if they feared a high bill. At this point, Anthem revised its policy to exempt certain types of treatment from this added scrutiny, such as in cases where the patient is under 15 years old, was directed to the ED by a doctor, or does not live within 15 miles of an urgent care clinic.[4]

Another questionable Anthem cost-cutting tactic has been longer term. Anthem has refused in-network reimbursement levels of payment for some air-evacuation emergency helicopter transportation. A recent case out of Missouri, where a boy fractured his skull after a fall during a camping trip, ended up with a local family owing over $32,000 for an emergency airlift even though they were covered by Anthem.[5] The air evacuation company, Air Evac Lifeteam, said that other state healthcare companies provided a reasonable reimbursement level, despite considering the helicopter service “out of network,” but not Anthem.

Cases like this make it difficult for insured people to know what to do when they are in need of emergency treatment, and can leave them stuck with tremendous medical bills after a traumatic injury. This is where Gallagher Davis comes in to help work with insurers to get the coverage that their customers are due. The last thing people in a medical crisis need is to try to determine whether their illness or injury is emergency department worthy or to refuse a much-needed airlift because they are concerned with receiving an outrageous bill. Patients’ rights advocates like the attorneys at Gallagher Davis can help cut through an insurance company’s red tape to force companies like Anthem to make the reasonable payments they owe.